According to the 2000 Ghana Population and Housing Census, the total national housing stock is about 2.1 million houses. Given a total population in 2010 of some 25 million, this implies an average occupancy of about 10 per dwelling across the country. These figures of course mask wide variations in occupancy patterns. Total housing deficit is estimated at about 500,000 (although other estimates go as high as 1.2m), of which about 50% is in Accra.

Recognising the social and economic importance of housing in the development of the country,
RSS Developers Limited (RSS) was formed as a Ghanaian real estate company to provide housing, especially to middle income earners in the Ghanaian economy. 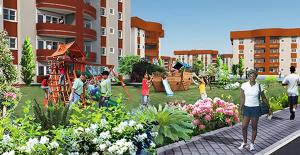